One of my current systems...Sony A7RIII 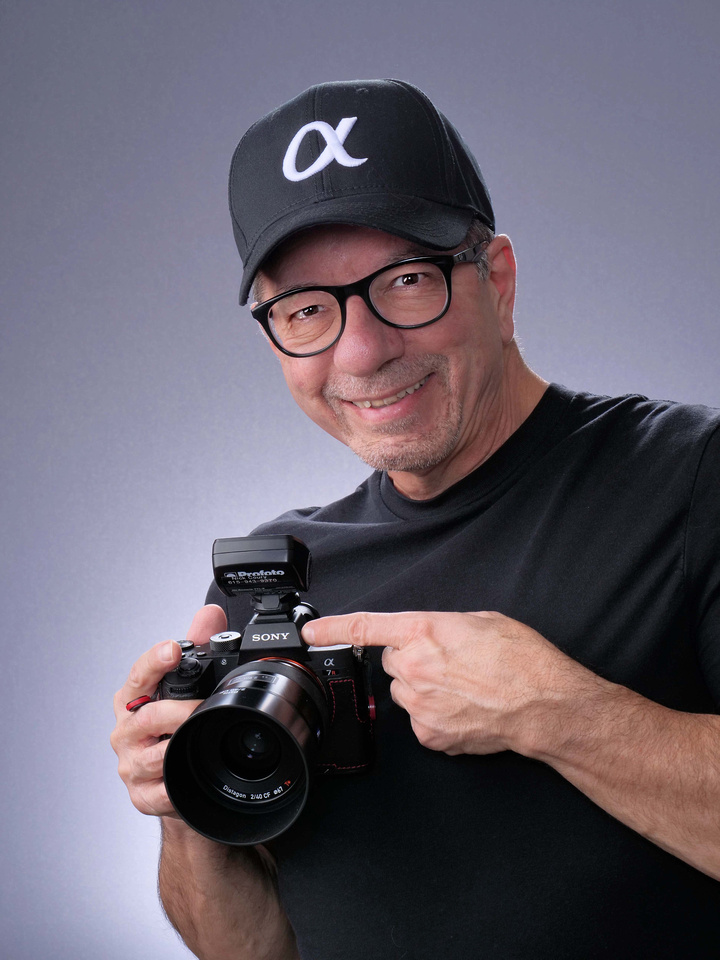 This is my "full frame camera" the incredible Sony A7RIII

Right off the bat, I let you know that I own multiple camera systems. Why? It's all about using the right tool for the right job. I don't feel there is a one-size-fits-all solution when it comes to digital capture. If a client is only in need of digital assets for a web site, then full frame is potentially overkill. There are of course situations where you need something the full frame does better, maybe a wider angle of view or less noise at super high ISO's. Other than that, there aren't a ton of advantages in my opinion. I've owned full frame Canon, Nikon and now the Sony. They are great but I don't need them for every job.

I've been mirrorless for 7+ years. I'm not sure why anyone wouldn't be at this stage of the game, it just makes so much sense. Here are a few things that mirrors add that are not good contributions!

Reason #3 is what attracted me to Sony as a brand of camera. If you had asked me a few years ago to try Sony, I would have laughed out loud! In my opinion, they are the most improved camera company in the last few years. They went from the worst (my opinion) to absolutely killing it! I am in my 60's and that brings lots of changes. I'll spare you any other details, but let's say my eyes aren't what they used to be. Focusing became problematic for me. Sony has perfected "eye detection" to a level that no one else even comes close. Once their system grabs onto a pupil, it is like a pit bull! Their next generation that will be offered as a FREE firmware update takes it to an even higher level! This is a game changer and every other camera company better take note and move this direction sooner than later.

I pride myself on getting it right in the camera. Composition, lighting, and expression are variables within my control. But, if I can't see to focus or the focusing system is lacking, I'm in trouble! The focusing system was what pulled me into the Sony line of cameras. I need to also mention that it was what initiated me leaving the Fuji system I loved and promoted for over 6 years.

Fuji failed to admit or address their focusing was sub-standard. It was possibly the single largest complaint of most Fuji users. Fuji ignored it and pretended that it didn't exist. Instead, they gave photographers a camera not many asked for and again my opinion, their largest "fail" since they entered the digital market with the X-Pro 1. When the long-awaited and highly promoted X-H1 came out, they quickly discovered that IBIS (In Body Image Stabilization) wasn't as big as they thought it was. Also, the IBIS feature made the body significantly larger which I don't understand based on the size of other camera companies that have it. Just look at the physical size of the Sony A6500. It offers a 5 stop/5 axis image stabilization. So do most bodies in the Panasonic Lumix line. They have it and they are super small. This camera should have come after the X-T3 that was long overdue if it came at all. And although they may not admit it, just look at the current price on the X-H1 body only. It is $1299.00 and it includes a free battery grip. (at the time of this release) That is an additional $329.00 incentive. Oops!

The introduction of the X-H1 was what pushed me to look for a new line of cameras. I sold all of my Fuji and bought into the Sony family and Panasonic Lumix line. I will address that transition in my next blog.

I'm sure you would like to see some images from the Sony, so here are a few of my favorites so far. 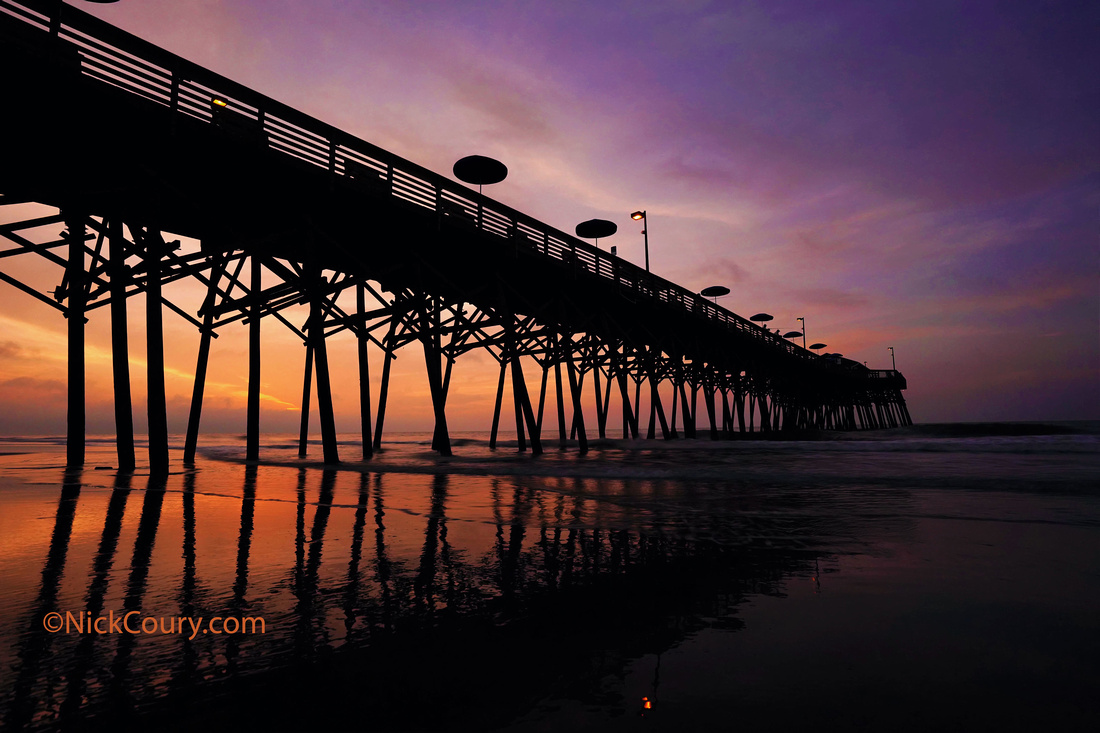 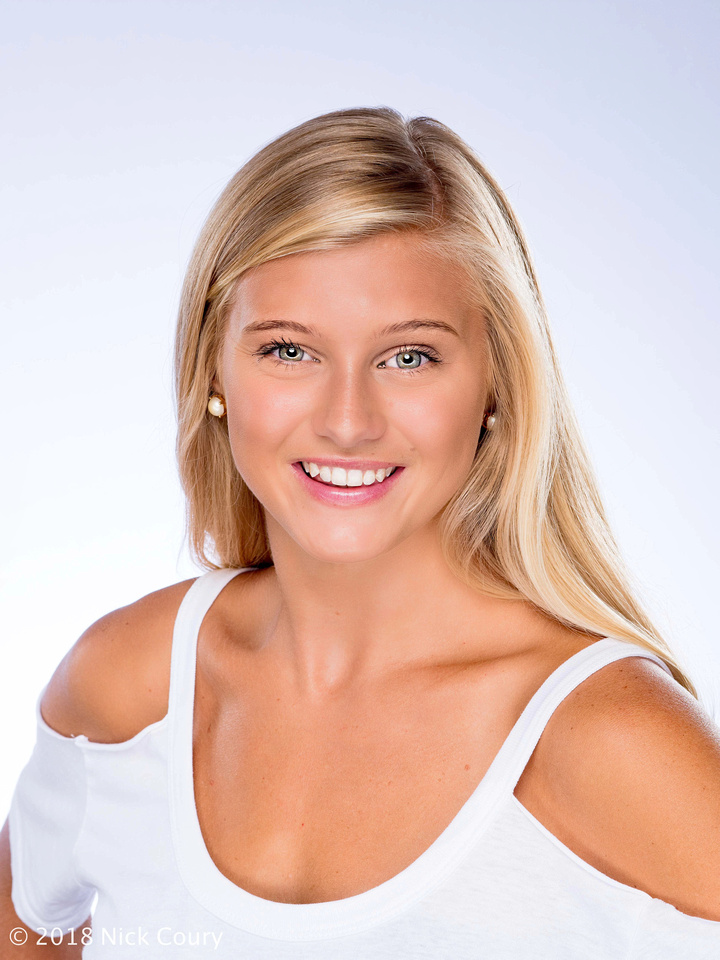 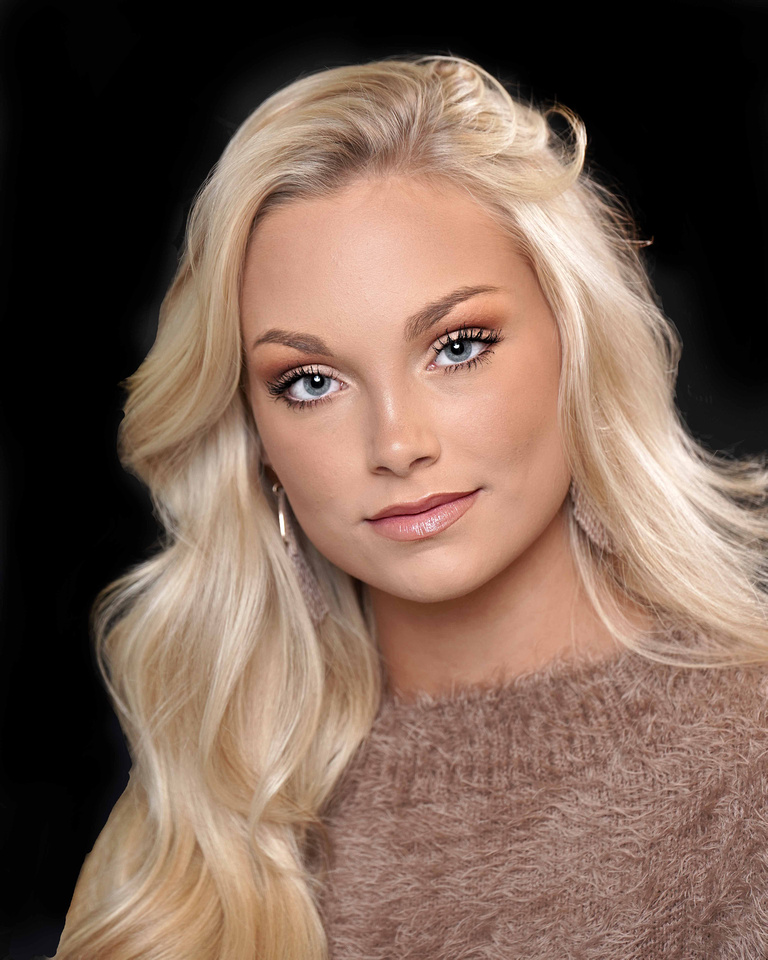 The Sony eye detection focusing assures tack sharp images when I'm photographing a person. That allows me to concentrate on all the other variables I need to control knowing the focusing is handled! The end result, sharper images! Photographed with the Zeiss 135mm f2.8 Batis lens. 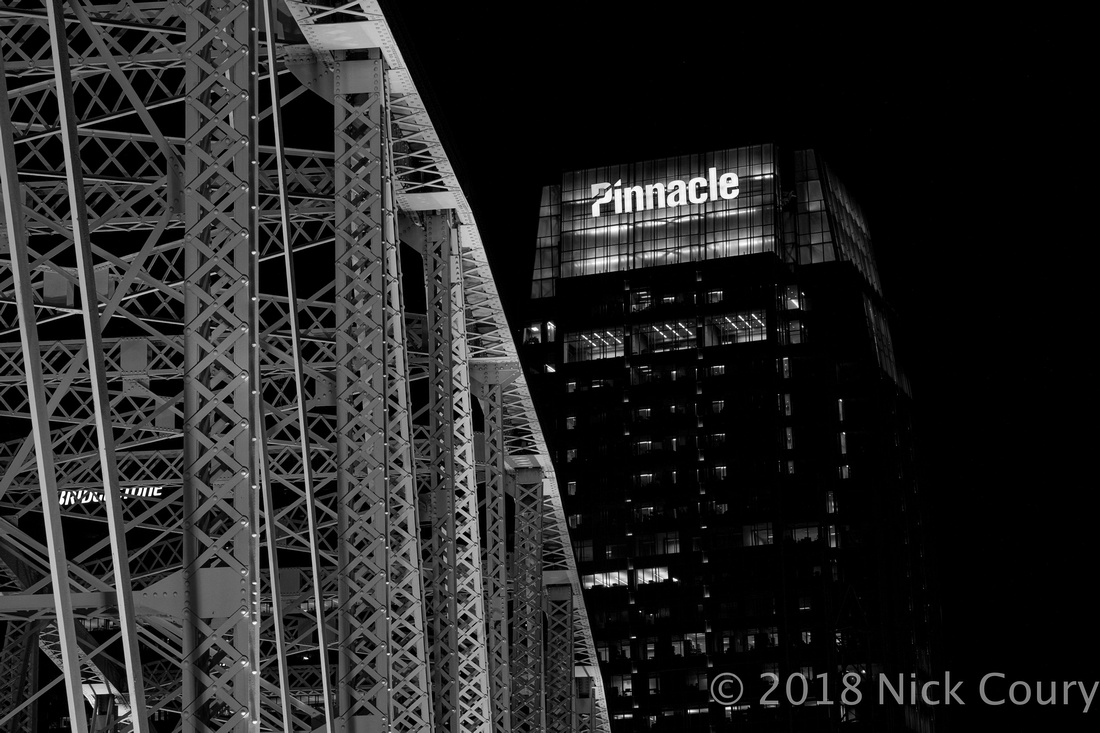 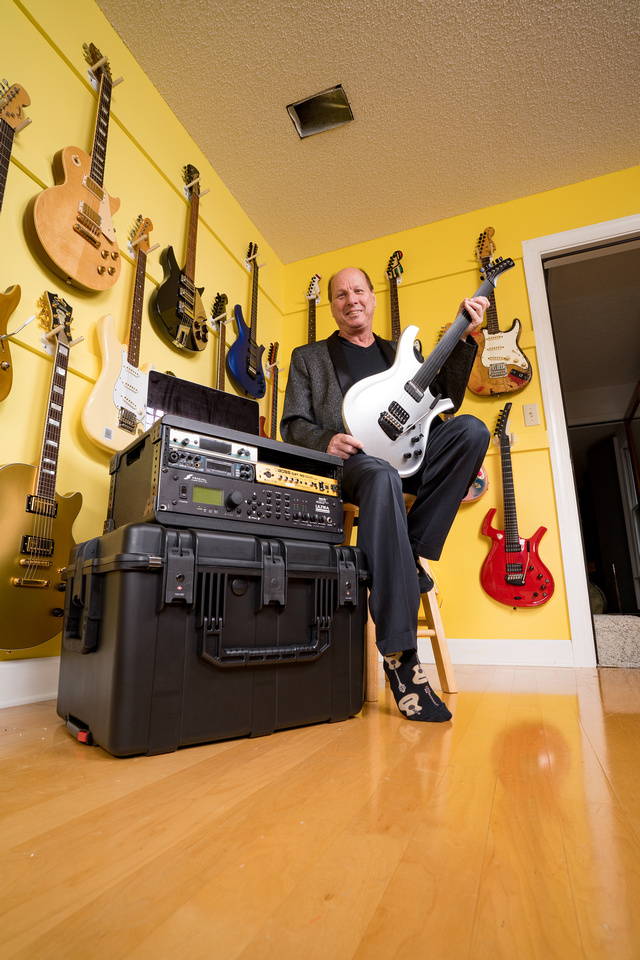 Adrian Belew, front man for King Crimson, toured with David Bowie and one of the all-time guitar greats with his custom SKB Case.

I am fortunate to have SKB Cases as a client. In 2017 I photographed their images with the Fuji GFX, 50 MEG camera. This year I used a combination of the Fuji GFX and Sony A7RIII. This image was from my Sony with the Zeiss Batis 18mm lens. Just look at the sharpness and detail! This is a combination I use quite a bit and have never been disappointed.