I was given the opportunity to try one of the fastest lenses on the planet this week. Fuji is introducing a 50mm f1.0 lens, and I've never shot anything like it! In the mirrorless line, I'm not aware of any other company offering a lens anywhere near this fast. At minimum focus, it is a bokeh machine. 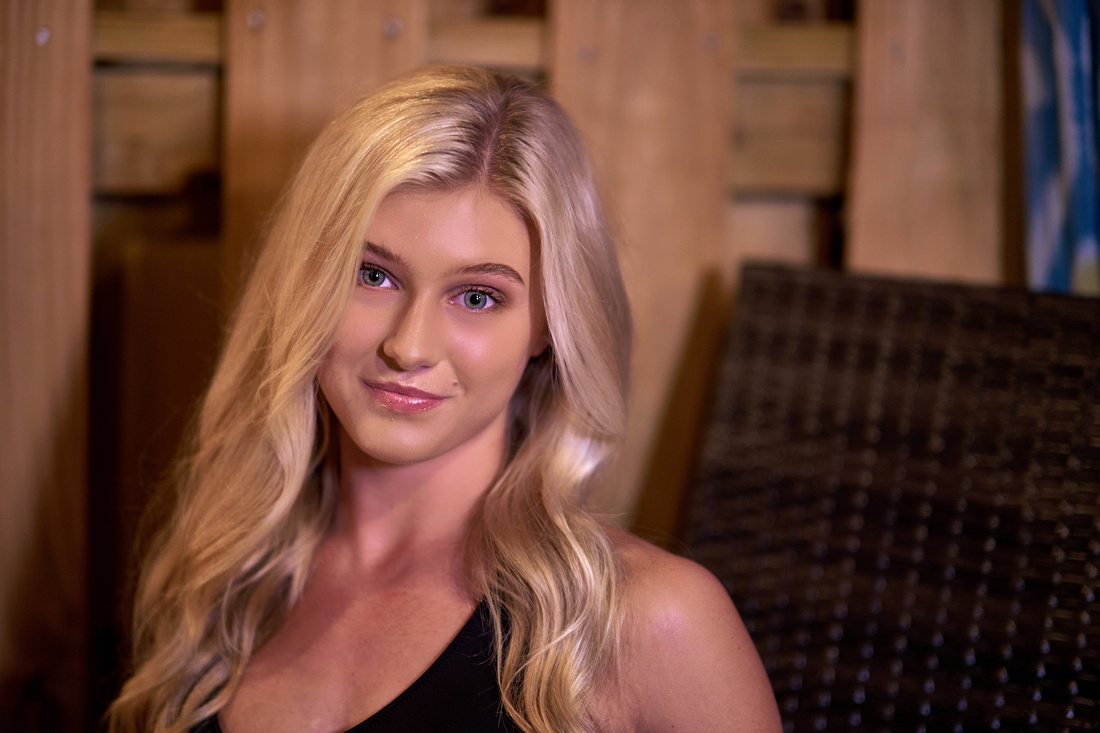 Sharp where you want it to be, and then a nice fade.

I thought the best way to see what this could do was to shoot at night. I'm sure a primary use will be for portraiture, where you want a subtle fade from the focus points, typically for me that would be the eyes. If it's too much, too close, the tip of the nose gets blurry. No bueno! It becomes something your eyes are drawn to even if only subconsciously. The above portrait was shot wide open at f1.0 and you can see her eyes and nose are perfectly sharp, nothing distracting at all. Even her hair that frames her face looks great, and then a very gradual fall off that is a characteristic of this lens. It is beautiful and natural, you just can't replicate this in post-production. 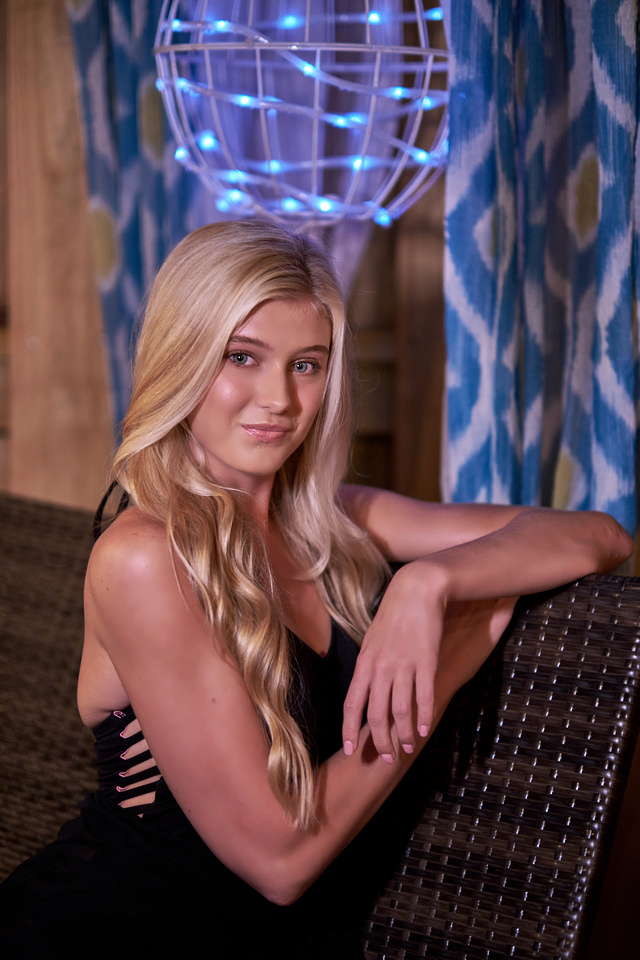 In this photo, I am a little farther away. Notice the increased depth of field.

When I first started to release these images I was amazed by some of the comments. Some of them took me by surprise, but this one comment seemed to keep coming back, and I don't for the life of me understand it. Several people questioned why would you want to buy this lens if you already own the Fuji 56mm f1.2 lens? That is a valid question. Several made the statement that there is no way they would upgrade to this lens, it would be a waste of money. Really, based on what? If you haven't shot this lens, how did you get there? There is nothing in my life that I use price alone a basis to make a decision. Cooking over a charcoal grill was fine until I bought a pellet smoker. Maybe your first camera included "kit" lenses. So why did you replace them with the same focal length and pay two to three times the amount of money to do that? All glass is not created equal, and if you think it is then this lens probably isn't for you. But, if you are a working professional and you have to shoot no matter what the weather is, then the weather sealing on this lens is reason enough to own it. The night of this shoot it rained off and on right up until we started the session. I told everyone involved that we were shooting rain or not. I only had the lens for a few short hours. I believe the price of the lens is remarkably affordable, coming in at under $1499.00. This lens will be shipping at the end of September. (which is also my birthday if anyone is looking for a way cool present for me)  If you think that's high, do a quick search for lenses with the same speed. First of all, there aren't many available. The ones that boast the same aperture are over twice as much money, some many more times than that. 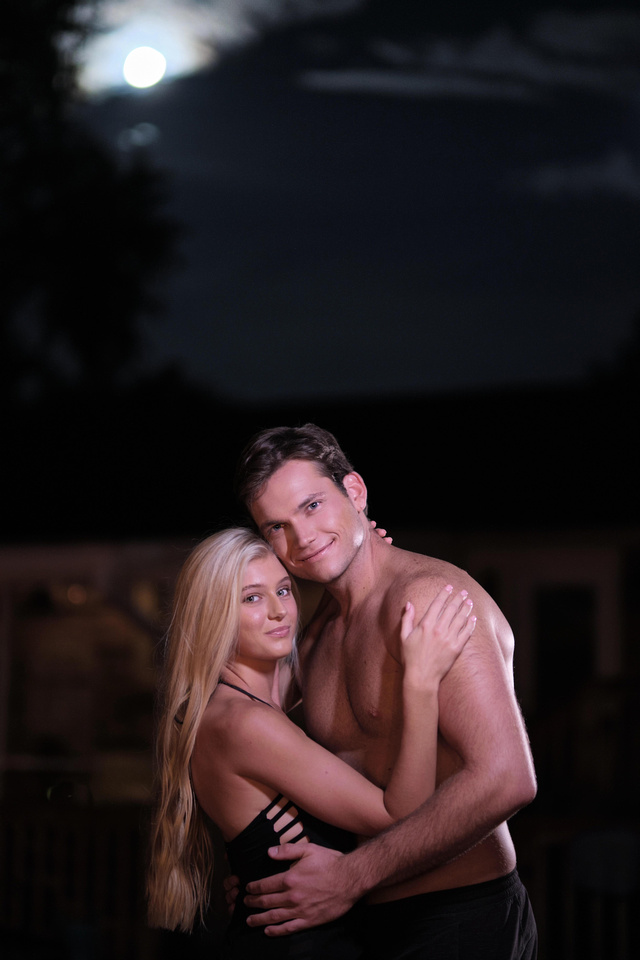 The above photo was taken at 8:30 in the evening. There was very little ambient light, but the moon popped out from behind a cloud just long enough to create the image above. This created a super contrasty image, but it held nice tones through the models. Notice the area behind her long hair, just enough shadow detail to provide some separation and interesting depth.

In the good old days of pre-Covid Nashville had lots of great music performances and active venues. Not many have great lighting so a fast lens was a necessity. Since there aren't any concerts, the next best thing was to photograph at my church. Typically I shoot 1600 ISO and wide open on the Fuji 50-140 zoom. If I'm lucky I can get 1/60 shutter speed. Mathematically going from an f1.0 to the f2.8 doesn't sound like that big of a deal. But check this out, look at my shutter speeds. I can now stop action with little to no blur in low light! 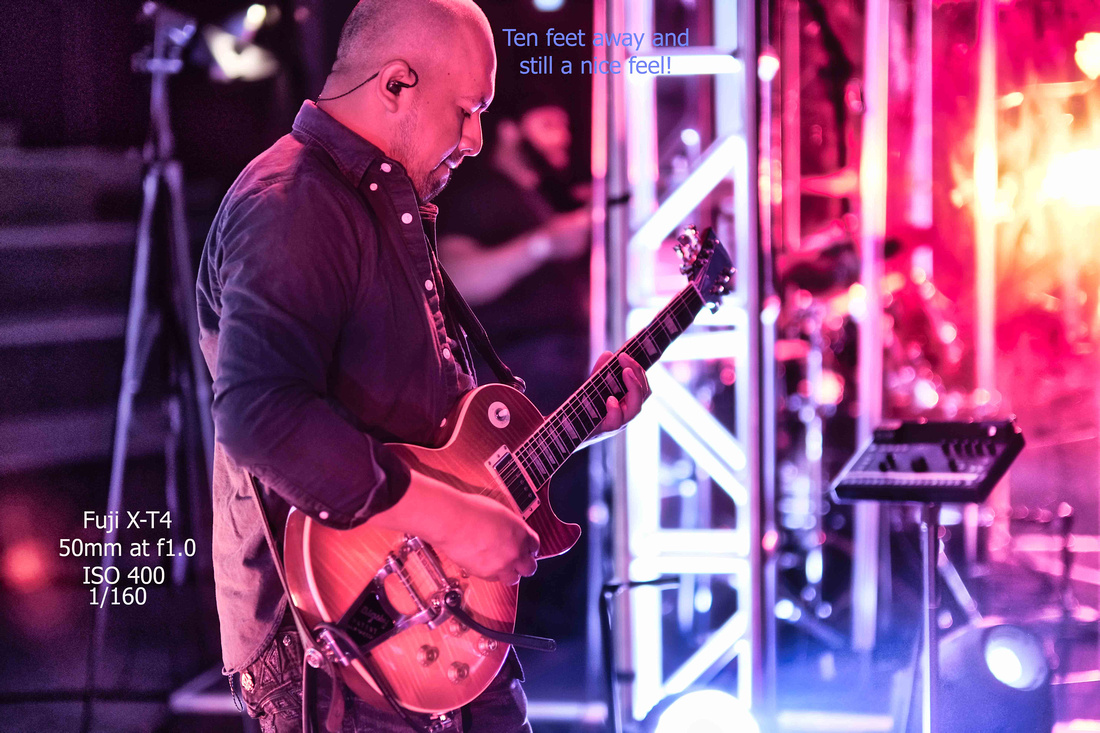 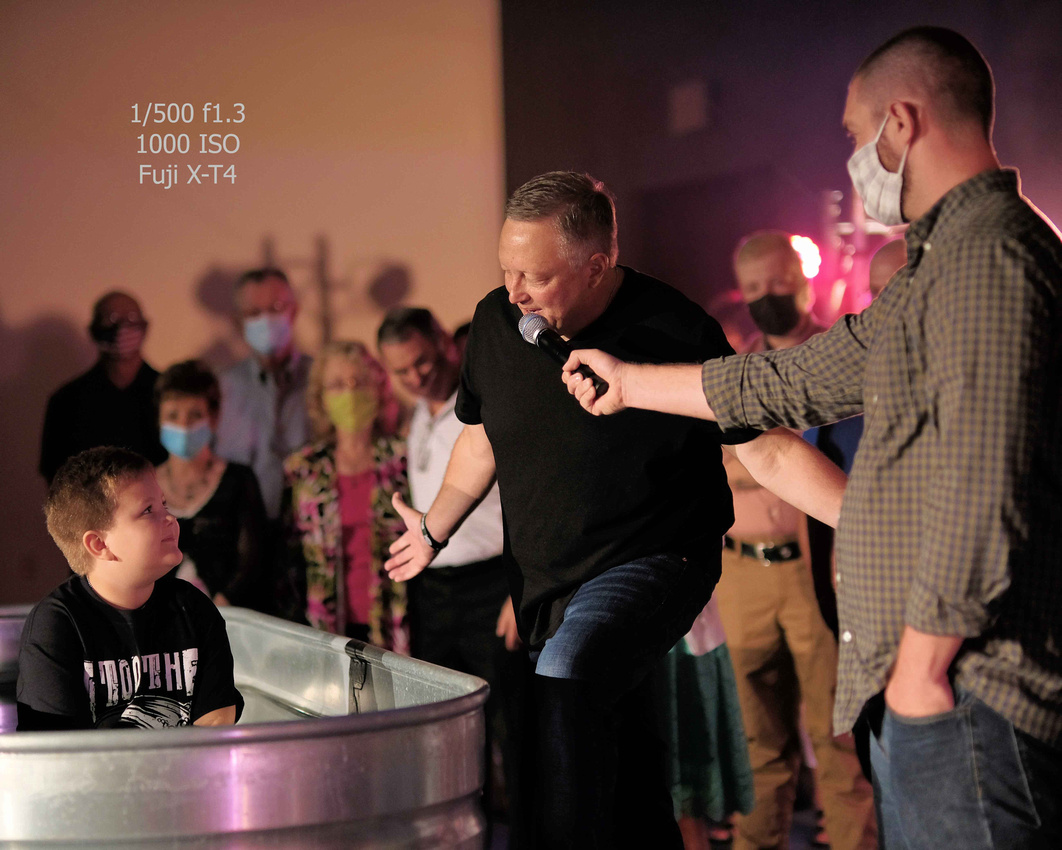 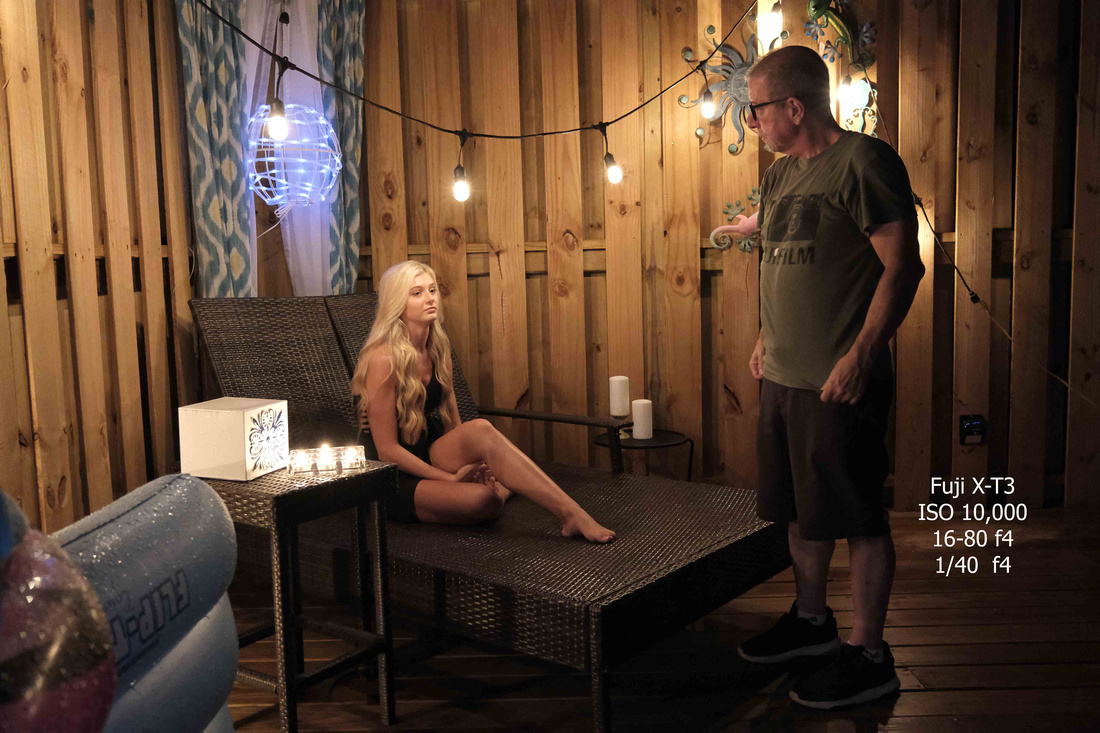 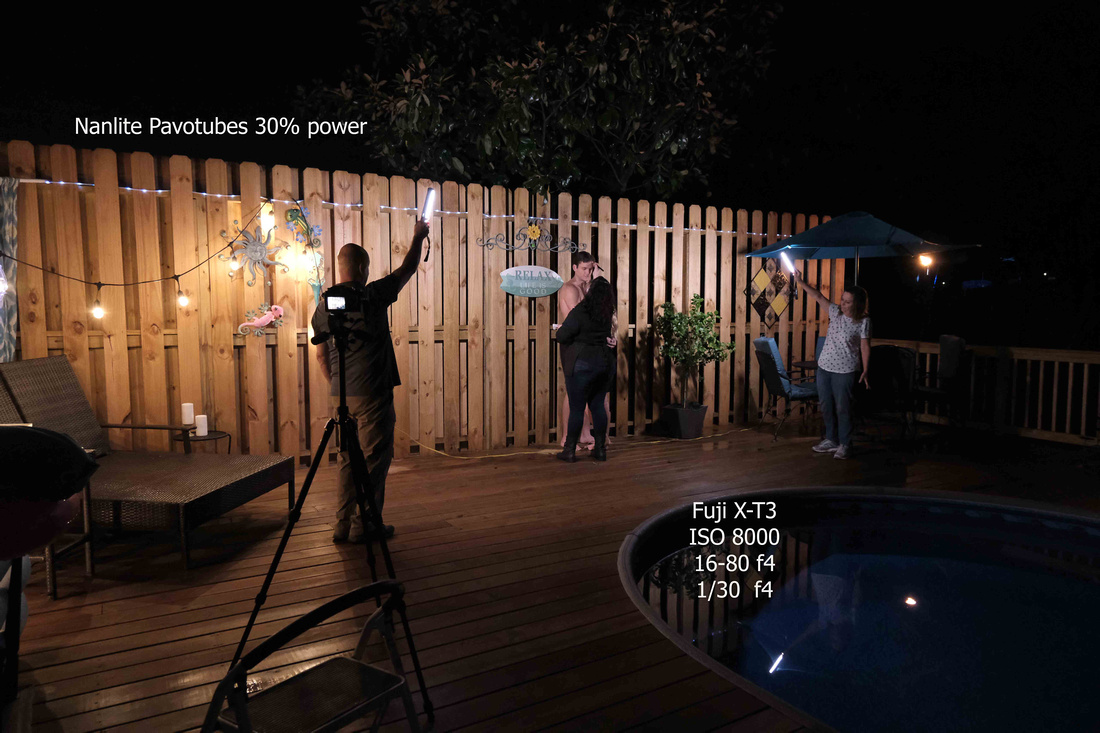 It takes a team to make this happen! Walter White (L), and, my incredible wife (R)