The Doobie Brothers in Nashville 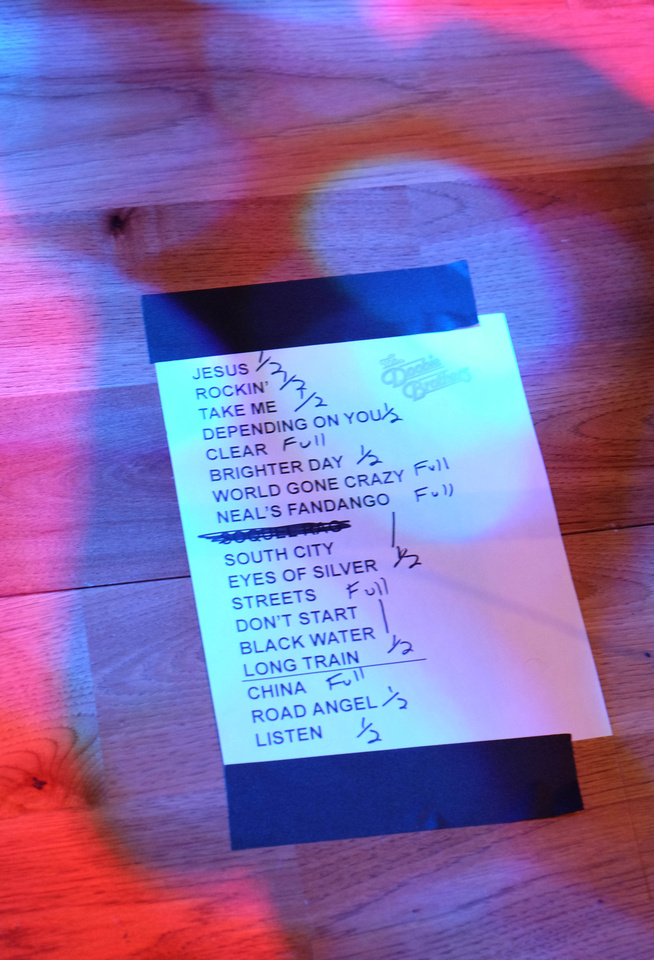 This is exciting! As you probably know by now, Marlene and I are high school sweethearts. There are lots of advantages to that and love for the same music is one of them. We love the 70's and all the great music from that era! Living in Music City has many benefits, and excellent concerts is one of them. But sometimes you just can't get in to certain events no matter how much money you have. Last night was one of those nights. We've loved the Doobie Brothers for decades and they were playing a private event. The only way I knew about it is one of the drum techs is a friend and he let me know. He even offered to get us in if it were possible. In itself, just the thought of that was pretty cool. Then early afternoon I got a text from Jeremy saying to call him, he had tickets for us later that night!

After a few calls, it was on and we were in! He met us there, gave us our passes then went way beyond what we could have guessed. First stop, sit behind the drum set. What? Who wouldn't want to do that, especially if you are a drummer? 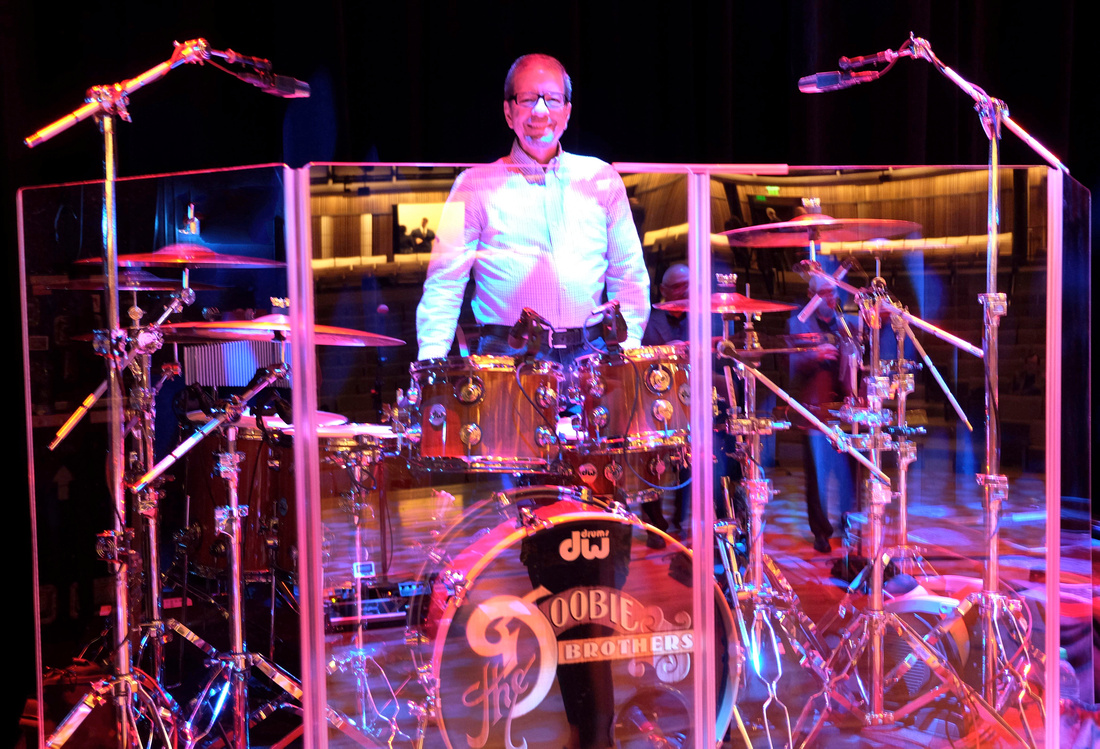 Yes, that is a big cheesy smile and it was very, very cool!

Then he took our picture in front of the kit, Marlene looks great (as always) and I'm taking (as always) telling him how to set my camera, bummer for me. 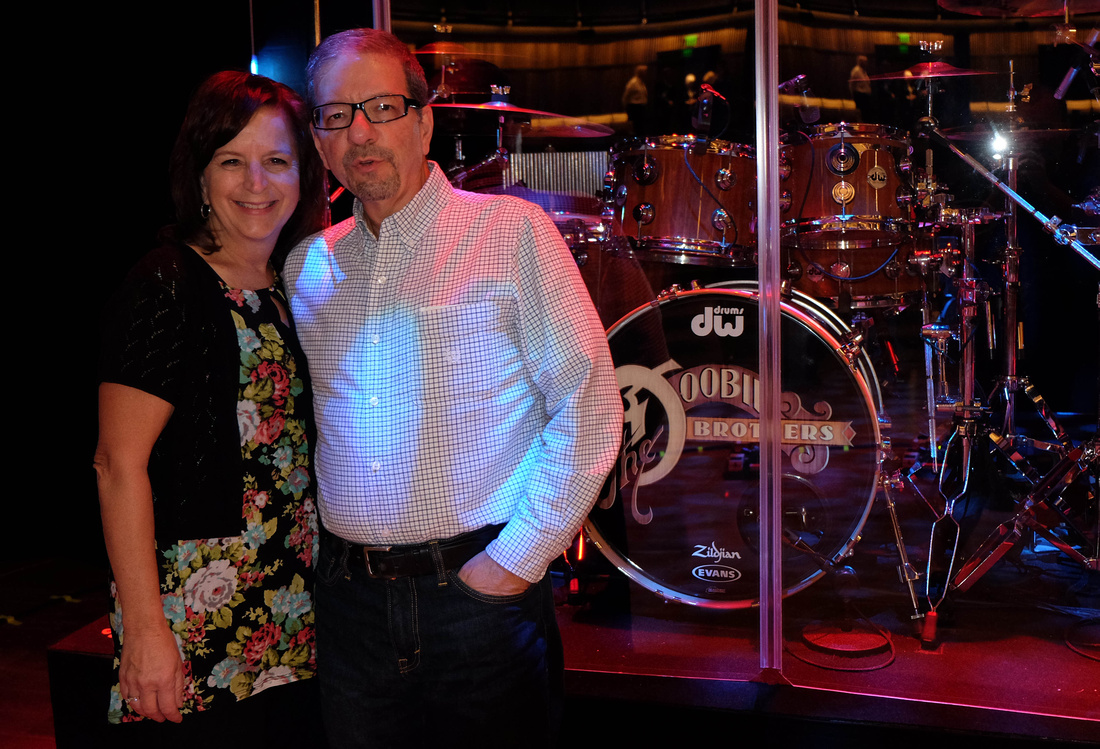 Next stop was to meet the band...all of them! Jeremy took us backstage and introduced us to most of the band and support crew, it was awesome and totally unexpected. Everyone was super friendly and engaging, we really were out of our element but it sure was fun! 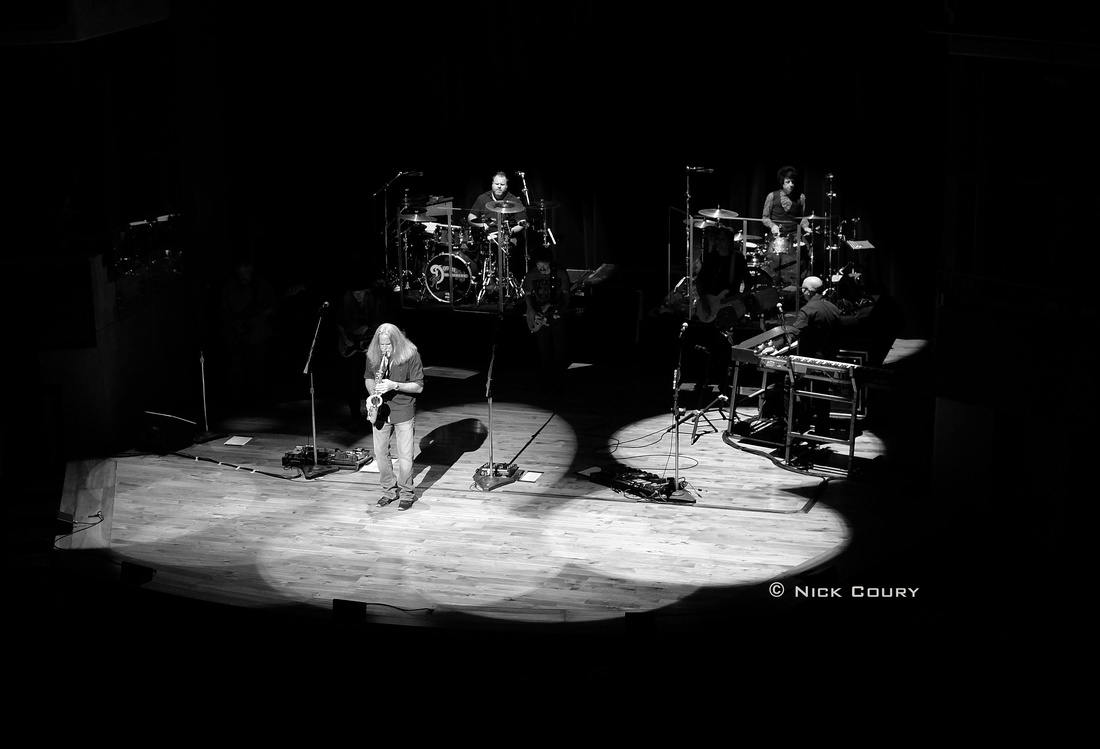 The concert was great and they sounded as good as ever. The Sax player is an animal, has played with most everyone including one of my all time favorites, Tower of Power! 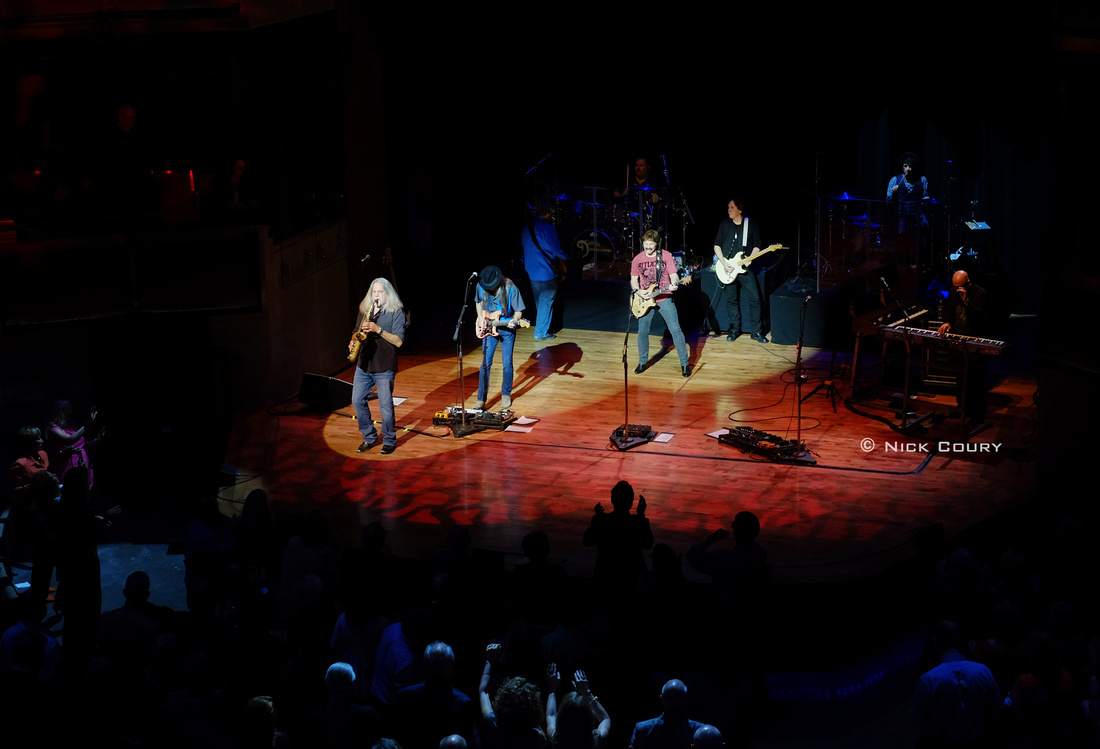 I really like the diagonal symmetry of this image, couldn't have asked for cleaner lines!

The acoustics in the Country Music Hall of Fame Theatre are incredible! The mix was great and the lighting was easy to work with. A music loving photographers dream night!

I owe Jeremy a huge thanks! This was a night we won't forget and will talk about for years to come.