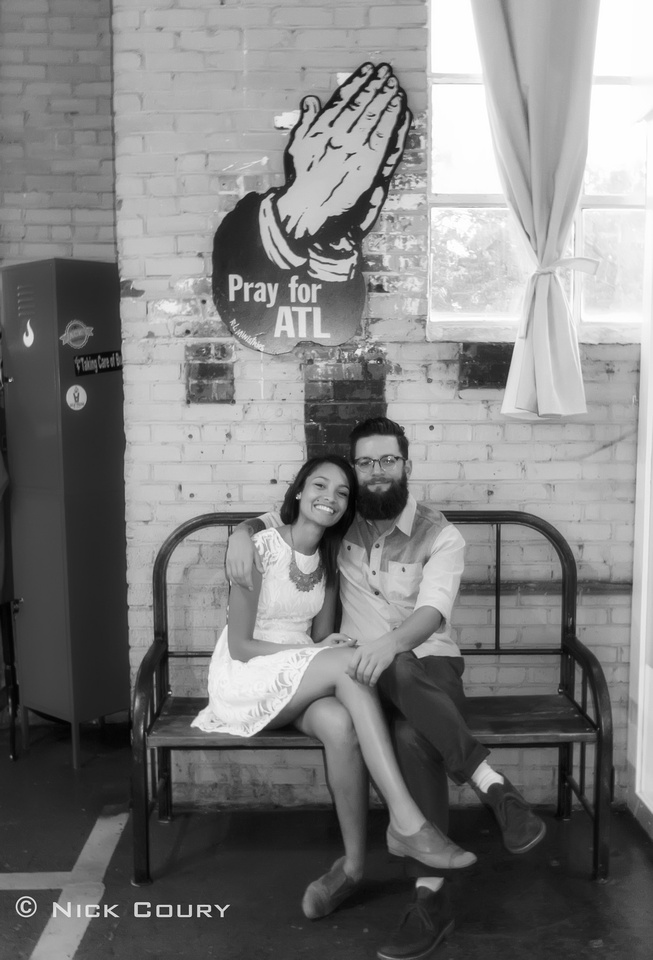 What an incredible time we had in Atlanta! Aaron and Cleo had put together a super enjoyable wedding.

I'm a veteran of many, actually hundreds of weddings, and this was one of my all time favorites. Thats a big statement, but it's the truth. I think my conversation with one of the guests pretty well summed it up. He said, "I felt like I was able to witness something really private and intimate, almost allowed to be there." Thats certainly not the case with a lot of weddings, it's all about the "production" or "wow factor." The setting was down a rock covered path, in the woods, by a like with a breeze blowing in. Nobody sported perfect hair and nobody cared! In fact, I don't think anyone noticed! This was all about their sacred union and exchange of vows (that they wrote themselves to each other) and their family and friends as witnesses.

The above quick portrait was taken the night before at the rehearsal party. There really wasn't a rehearsal, we just had a party with some of their closest friends. At the end of the night Blake (our incredible host and the best man) spoke encouraging words about them. That was followed up by many others who did the same thing and then we prayed over them. All in all, I don't know that it gets any better than that.

Aaron waited a long time for Cleo to come along, his mantra was "don't settle." He didn't and he will tell you it was worth the wait. She is perfect for him and we are blessed to include her in our family!