29! The secret to a Ronnie Milsap smile

Last week I photographed the annual Del Webb concert for residents.  This years guest was the legendary performer Ronnie Milsap.  With a career that spans over 40 years and many hits, he is destined to be inducted into the Country Music Hall of Fame.

Because of weather we were chased indoors and that is never as beautiful as the outdoor setting around Lake Providence.  Last years concert with the Oaks provided some incredible concert images with the late afternoon sun setting and illuminating the group!  But, you got to roll with it, so we ended up at The Mill in Lebanon.  It was my first time there and it is a nice venue, but you have all of your typical challenges.  Terrible access to the artist on an elevated stage so you are shooting up at them.  Thick, black velvet curtains to soak up any possible remaining light from the over intense floods so they appear to be in a cave at best.  It is what it is and you do the best you can! 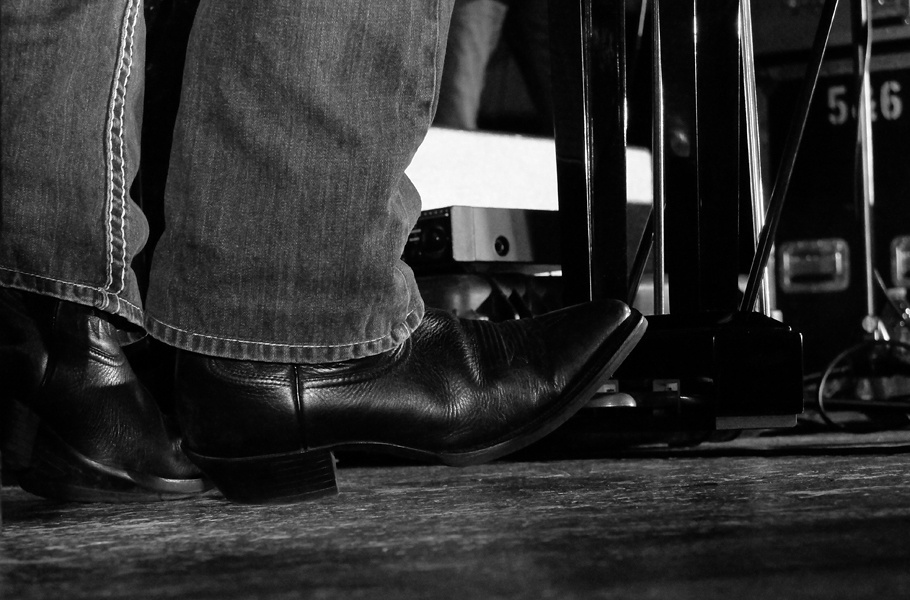 When you are stuck with a low angle, you shoot what you got.  In this case, boots!

I always try to document the concert the best I can for Miss. Shari.  She is the super energy, driving force behind all the fun, recreational activities that are offered here in the community.  I think of  her as the “cruise ship director” from Love Boat days, some of you may be old enough to remember that.  She always does her job over and above anything that would be expected and she is a joy to work with!  If only every client were that easy to work for…

So, you need some typical concert shots, that’s what everyone wants to see, even if they were there. 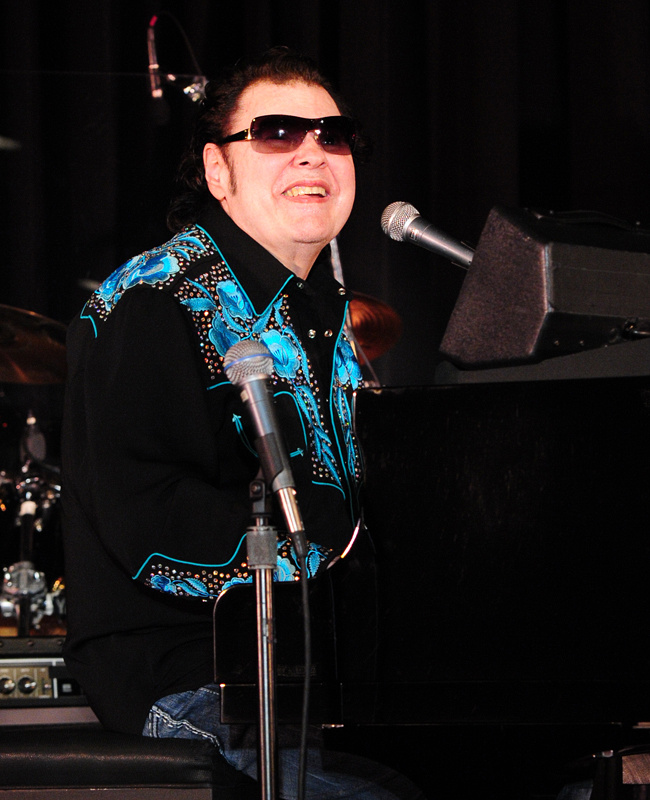 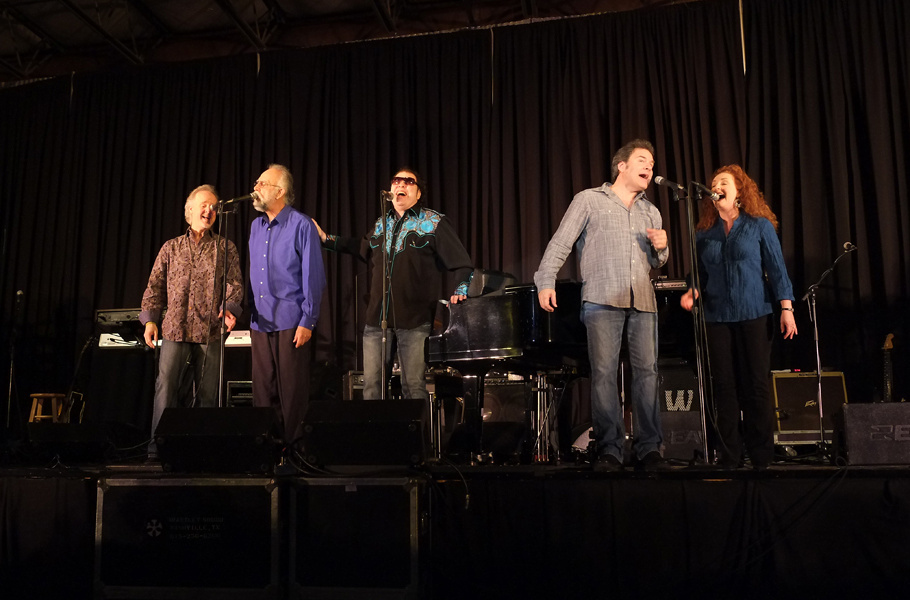 The entire group did a “finger popping, do whop” song with some mad vocal harmony!

Maybe another close up, detail shot or two.  Hey, Ronnie and I both like Yamaha’s!  He plays his and I ride mine. 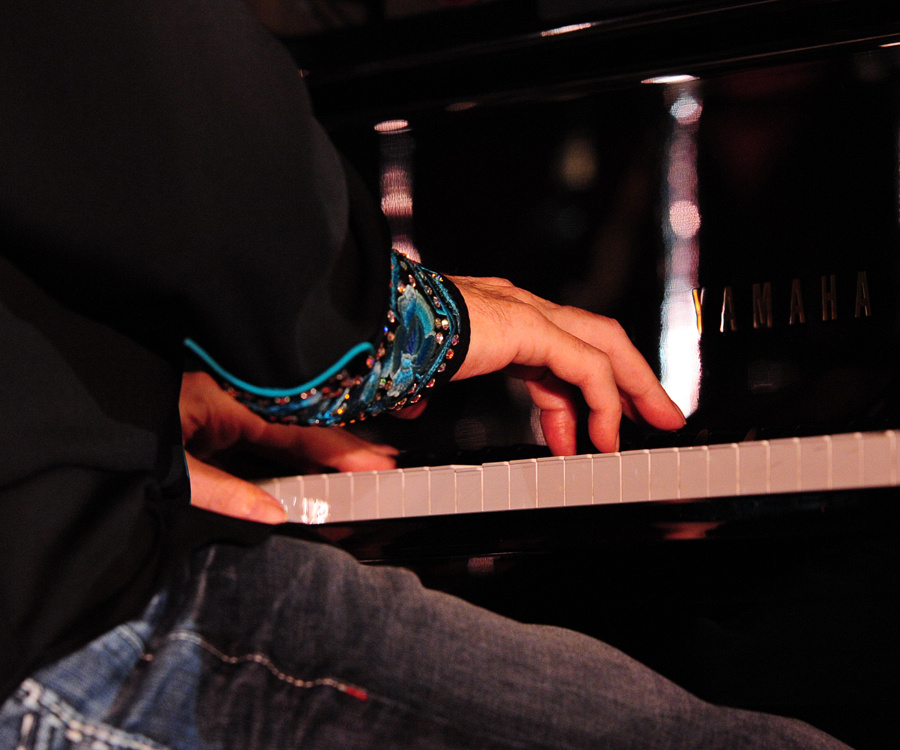 Have you ever wondered how so many entertainers look almost the same in every single photo you see of them?  I’ve photographed quite a few, and they are able to just “turn it on” and it looks totally natural.  As a photographer, most people are anything BUT that when in front of the camera.  This is what they do and get paid for.  (they actually do get paid to do it)  If you think of it, how does a vision impaired person know where or when to smile?  I admit, I wondered how this would happen, but it did, flawlessly, time after time.  The results are the same smile you see in every picture of Ronnie Milsap.  A big, happy, beautiful smile! 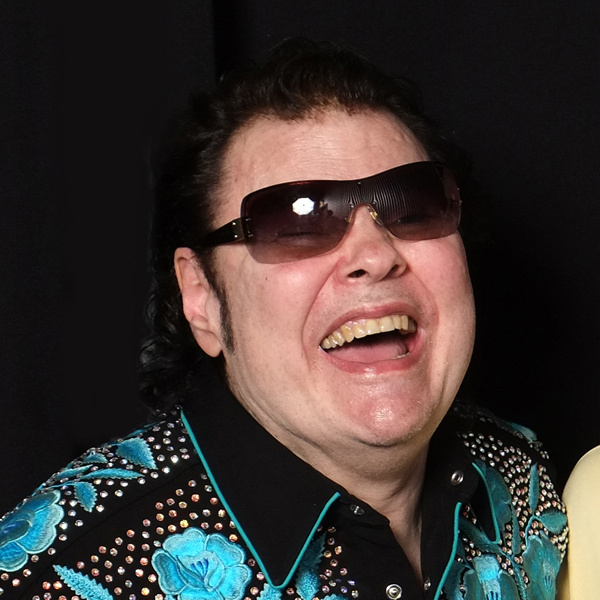 Every single time, the same wonderful expression. How does he do it?

The secret is…29.  That’s right, his band leader and he have worked out a system that works perfectly.  With his band leader/guitarist standing right next to me, Ronnie knows to listen or tune in to his voice and look in that direction.  He counts to three and Ronnie says, “29″ as big as he can.  At the right moment, you just snap the shutter.  Now, the other folks are somewhat surprised initially, so they may not look all that great, (timing is everything) but the artist?  Awesome!

So, the next time you have to take a group shot and don’t want to go with the typical “cheese” smile, why not try 29?  It just might be what you are looking for!  Thanks for the tip and a great concert Ronnie!