Wow, if you are ever in Las Vegas and want something to do that is totally unbelievable head out to the Valley of Fire!  Serious business, this is a beautiful location.  As the sun moves around it changes the appearance of the rocks and rock walls.  The sky is blue, the rocks are red and the landscape is dotted with sparse vegetation.  I just love the richness of the scenery.

I took this with my Tamron 28-75mm f2.8 lens.  This is one of the best buys in the lens world in my opinion.  For under $500.00 you can have a compact, lightweight and razor sharp lens that won’t break the bank.  Is it as good as the Nikon or Canon 24-70 f2.8 lenses?  In a word, no.  But are those lenses are OVER 2 1/2 times more expensive than this one.  That is a lot of money and I doubt you would ever see the difference in your real world application. I can tell you that I haven’t and I’ve been shooting this lens for over 8 years.  I’ve sold a lot of really nice portraits that were shot on this lens, some of them were huge wall size images.

so I just had to take a quick shot of him.  This demonstrates on of the main reasons I switched to Nikon last summer; the ability to do off camera flash right from the camera with no other triggers! 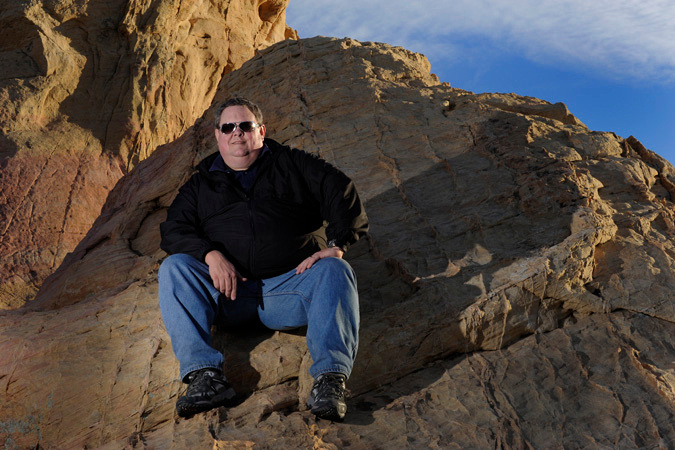 I love this built in triggering system that works even in some pretty bright light.  Is is perfect?  No.  But short of using some brand of radio triggers, there is no way to achieve 100% triggering.  I don’t own Radio Poppers or the Pocket Wizard Flex units.  I am typically a manual fill flash guy, but I did have this with me so I gave it a try.  The great thing is that it worked and made this a really nice image.  It’s not that I am against either of those units, but I just can’t justify that kind of money to pick up TTL capabilities that I won’t use that often.  Maybe someday I’ll add them, but not anytime soon.

Finally, we are having a blast with our new Dury’s mascot:  Nacho Cracker.  Nacho is none other than our incredible driver of the truck with our gear and all around nice guy, Johnny Spears.  We will totally develop the story of Nacho Cracker at some other point, but for now here is a glimpse of his super human skills as he stands suspended between the rocks and sky. 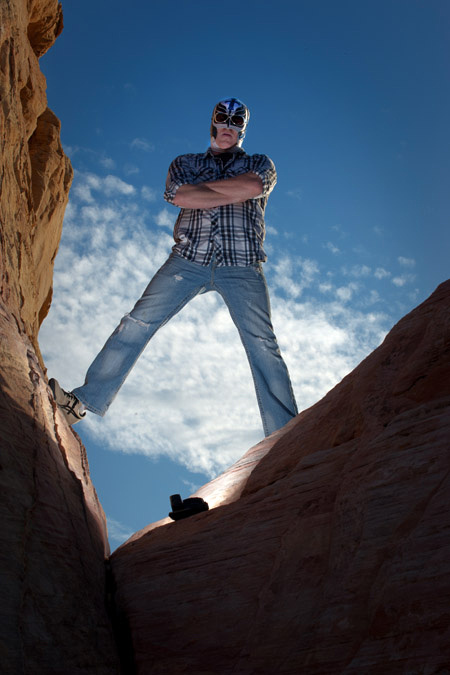