Graduation day for my father-in-law, see you on the other side! 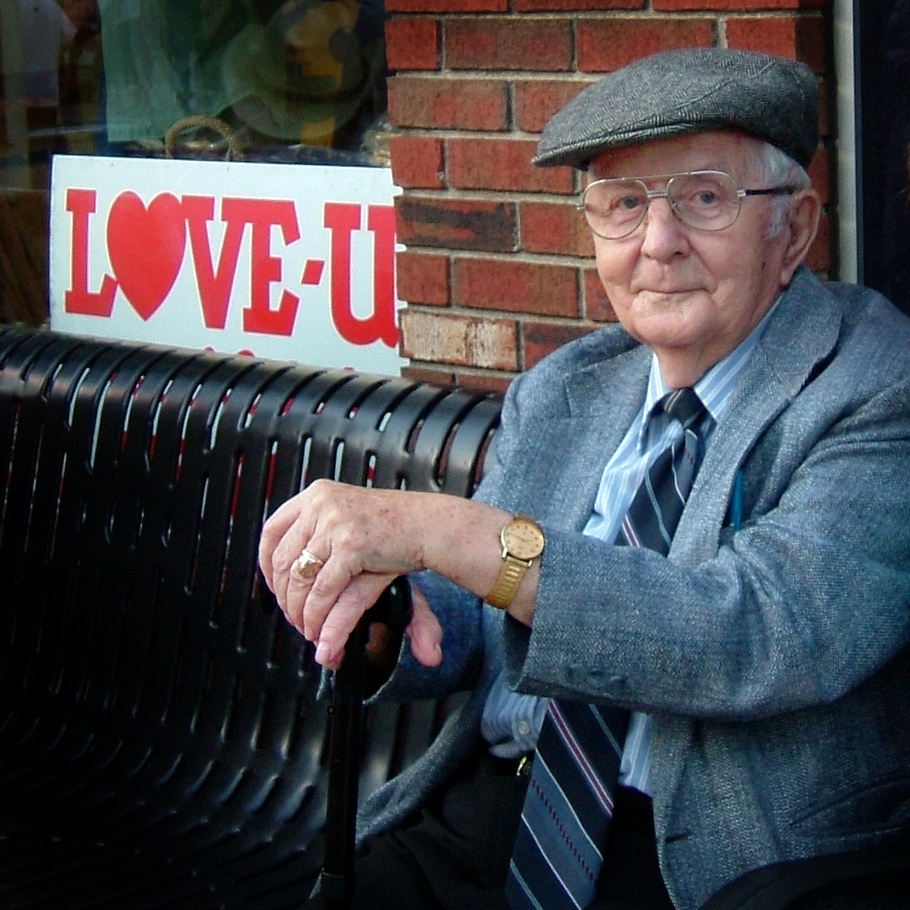 My favorite portrait of George. Shot on a little Fuji FinePix camera a few years ago.

As many of you know, George was a few months away from his 93rd birthday.  How incredible is that?  He comes from a family blessed with longevity.  We were just in Cambridge to see him on Tuesday morning, sadly his health was rapidly failing and he didn’t recognize Marlene or I.  We even brought two of his favorite treats, Kennedy’s donuts and bananas!  I was able to help him get a few bites of the donuts down, but not many.  We drove back to Nashville on Wednesday, and got a call on Friday that he was failing.  Before we could get back to Cambridge, he had comfortably slipped off peacefully into eternity.

I’d don’t want to show you how he was this week, I want to show you how we choose to remember him.  George had three daughters and one son, Ron that lives in South Carolina.  I think Marg may have described it best as we worked on his obituary, she said, “he had an impish smile.” 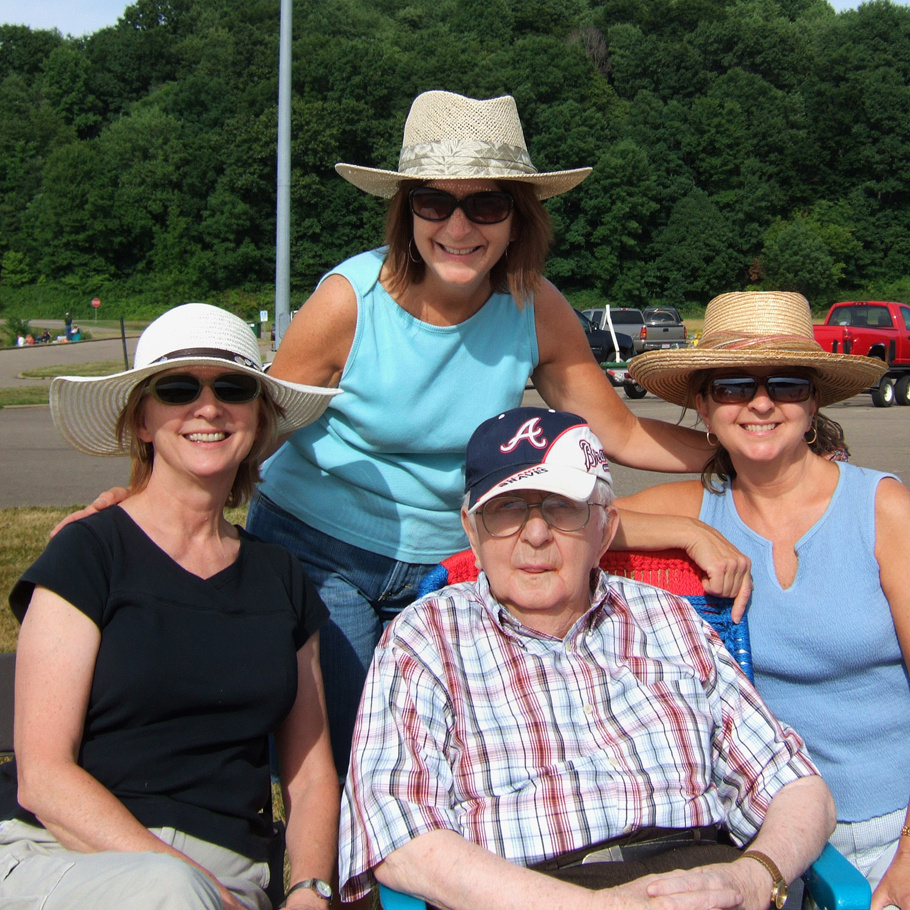 As with most dads, his girls held a special place in his  heart!

Marlene and I have been married for 35 years.  No matter how many times I’ve seen him over the past decades he always asked me the same questions:  Are you still working?  Are you doing photography?  He just couldn’t understand how I could support his little girl and grandchildren “taking pictures.”  I think that is absolutely hilarious, sometimes I still can’t believe it either!  If you didn’t know George, this man could play almost any musical instrument by ear!  He was incredible and loved to play many of the old hymns from memory.  I’m sure he will be playing them now and for all eternity for our Loving Lord! 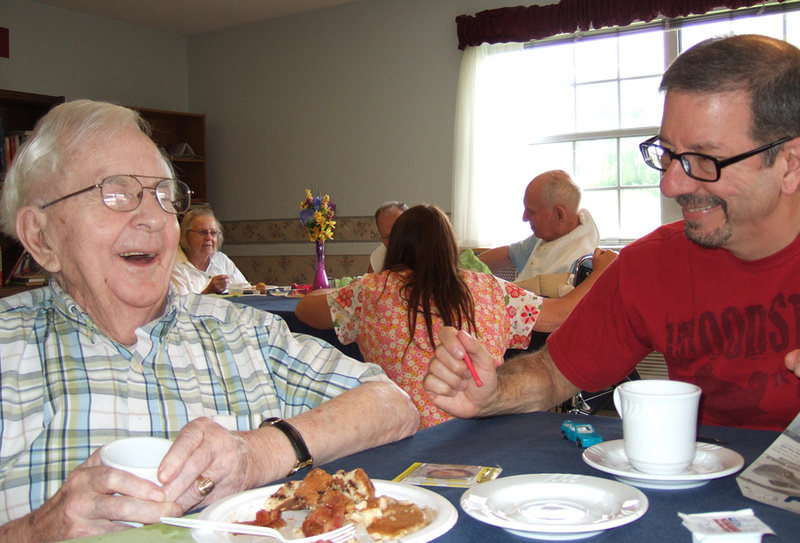 He also loved his grandchildren.  I don’t have a shot of all of them together, but I do have this one from our family Christmas Caroling at the nursing home where he lived.  (This is one of our family traditions, going to nursing homes and singing carols for the residents) 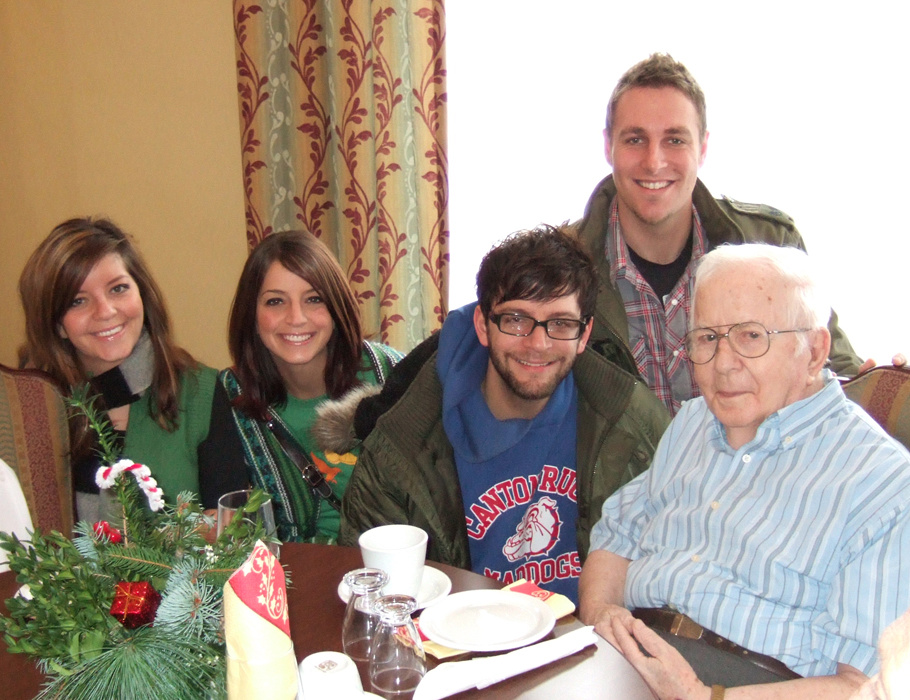 Admittedly this is  a few years old, but it’s still a great memory for us.

I wish I had the photo’s with me from taking both of our dads fishing about 5 years ago.  I was playing parent, baiting hooks and helping with fish they caught.  It was my dad that taught me how to do those all important life skills for fishing, now I was able to pay them back just a little.  It was a great time and we made some memories.

So, when we have his memorial service on Monday, it won’t be goodbye, just goodbye for now.  We know the promises of the New Testament are that “absence from the body is presence with the Lord” to those of us who have accepted his free gift of eternal life!  That’s doesn’t mean we won’t be sad for our loss, but we know that given the chance he wouldn’t come back now for all the money in the world.  Sure, we’ll miss you now, but we will see you again!

Thanks for your calls and messages, they mean a lot.  Please pray for the family over the next few days.  We won’t sorrow as those that have no hope, because we know where he is and will be for eternity.  Still, it’s always hard to say goodbye, even if it is just for now.

Here is one more photo that I really like of him, I want you to see him as I’ll remember him. 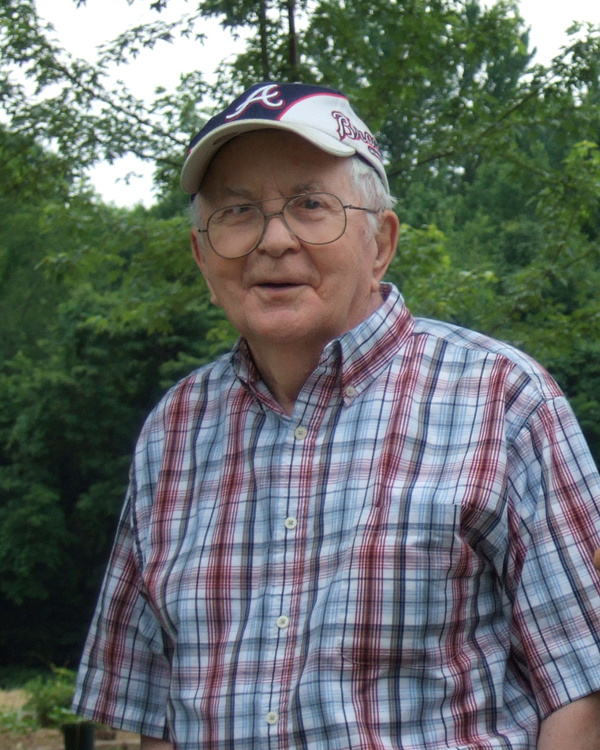